This year we’re celebrating hosting our 19th AkS Classic Coed Softball Tourney. Depending on the final tourney size we may need teams to kick off the tourney games Friday night so please keep that in mind and let us know if your team can play Friday, (teams that accept this challenge will get a more sleep Saturday morning!)

This tourney features more games and more giveaways than any other tourney this summer, we’ll be adding some items as the tourney draws near.

This is our end of season coed tourney and we have four divisions (THESE WILL CHANGE WITH NEW STATE CODE):

What is the difference between Open Comp, Open B, C and D?

In Open Comp anyone and everyone can play, you don’t have to have played Coed this year, it’s also where Coed A players and Restricted players have to play. In Open B the players have to have played on a Coed B or below team during this season, this is also where your team should play if you are a Coed C/D team from this year but you need more than 5 pickups. In Coed C the players have to have played on a Coed C or below team during this season. D/Rec are teams that played D or Rec during the season, if you are a rec team and want to get a 4 run spot during games your pick-ups have to be from other Rec teams, if you pick up D players you play as D, limit 5 pickups in the D/Rec division from D or below.

I only played Men’s this year, can I still pick up?

Yes but you have to play in the Open Comp tourney

Can my Fall Ball team play?

If your team is a new Fall Ball team you are welcome to play in the Coed C, if your Fall Ball team has the same roster as your league team from this season then sign-up in the appropriate division.

Yes, as a Coed C team as long as you don’t have any restricted men on the roster and you can have up to two Men’s Comp Players that played Coed C in 2019

How are pick-up players rated?

Pick-up player ratings are based on the players highest rating this season, so if they played Comp at one association and C at another, they have to play as Comp.

Yes their rating would be as D unless a player or players on the team play on an upper level team, then they would take the rating of the highest rated player.

How Many Teams can I play on?

Only one team per player.

How do we pay for the tourney?

Aksports.com is running the entire tourney so we are paying for the field usage, the balls, the umpires and all the awards. To make it easier for the local associations we are also handling the fees. To sign-up purchase a ticket here on this site, the team fee, $310, can be paid two ways: 1) When buying the ticket; 2) bring cash to the tourney. Team fees MUST be paid before the second round robin game is played. NO CHECKS PLEASE 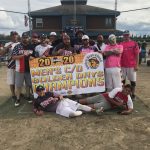 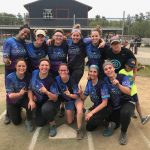 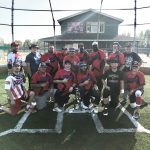 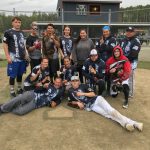 From the State USA Softball commish:
- —————
All,
This has been a hard decision to make, but with coordination with MATSU Softball Association and consideration of the current field conditions at Bumpus Softball Complex and the forecast for the rest of the week weather and this weekend, the Coed “D” State Tournament will be moved to Anchorage (Cartee Fields).

For those of you that were planning on camping in MATSU, Anchorage Sports will be getting permits for those that want to camp in the Cartee complex, please notify Anchorage Sports so that they can arrange the permit (office@anchoragesports.com, or call (907) 562-1504)

Midnight Friday, Aug 5, is the last day to sign up for Coed "D" state Tournament. Currently at 27 teams in Wasilla.